Last year the Dugong and Seagrass Conservation Project initiated a scoping study on the cultural values of dugongs and seagrasses in selected sites across six of the Project countries including Madagascar, Malaysia, Mozambique, Sri Lanka, Solomon Islands and Timor-Leste. (As of March 2019 the study is available here.)

A group of three experts designed for us the scoping study, and our Partners in the six countries assisted with collecting data for the the study earlier this year.

In a recent conversation with the principal investigator of the cultural scoping study, Ms Leena Iyengar, we asked about the cultural values and their importance in conservation.

Leena, can you tell us what cultural values are?

To answer this it is important to try to understand what we mean by culture. There are several on-point definitions of culture that help profile the term, to be able to recognize and establish the practices of a community as cultural. All the definitions, whether from UNESCO, World Bank, International Council on Monuments and Sites (ICOMOS), or others, identify that culture is as a characteristic of a community, society, social group or in some cases, an individual, that is

The tangible features of culture are “physical, touchable, perceptible” (World Bank 1994) like monuments, for example. Intangible heritage, on the other hand, is best defined by the Convention for the safeguarding of the Intangible Cultural Heritage, Article 2(1), UNESO 2003, as “… the practices, representations, expressions, knowledge, skills …. constantly recreated by communities and groups in response to their environment, their interaction with nature and their history, and provides them with a sense of identity and continuity, thus promoting respect for cultural diversity and human creativity.”

Cultural values are one of the fundamental intangible heritage elements of culture. They are a framework for communities to function, evolve and develop. Cultural values could remain the same while practices, context, and expressions evolve over time. For example, the most universal value we see often in practice today is that of reverence given to an elder by the younger members of a family or a community.

The Dugong and Seagrass Conservation Project is incorporating a cultural study to understand the context of conservation.

What is the link between culture and biodiversity?

Cultural identity, notions and practices are unique as they develop in response to interactions with nature, environment and geography. A quick visual reference to this relationship is the architectural elements and materials of how houses are/ were traditionally designed and built across the world depending not just on nature, environment and geography but also on the dynamics of human to human and human to other animal/plant species interactions.

Scientists estimate that “…though they made up a mere 4 percent of the world’s population, indigenous peoples are caretakers of more than a fifth of the Earth’s surface, with close to 80 percent of the planet’s remaining biodiversity found on their traditional territories.” The cultural relationship between indigenous peoples and local communities (IPLC’s) with biodiversity is, inevitably, intricately linked. And hence, the justified assumption that IPLC’s hold vital insight through this relationship that is collectively termed traditional ecological knowledge (TEK).

It is important to recognize that TEK is dynamic and is born of the intrinsically intertwined relationship between the peoples, the biodiversity that surrounds them, and the identity of the people. These three exist as they do because of each other and in balance with each other. Interfering with, undermining or disregarding, any one component of this tightly intertwined relationship would result in an insurmountable deterioration and eventual collapse of the individual components of this relationship. It is easy to understand this, for example, from what is known of the traditional artisanal subsistence fishing practices around the world, whether the fishers of the Skolt Sàmi, the Luo, the Nicobarese, or others.

What is important to conservation…is that which comes of the synergy between modern science and traditional knowledge.

One of the most persuasive arguments that favors the synergy between TEK and conservation sustainability sciences is in the characteristic of intergenerational transfer of values, building ownership, safeguarding the values as custodians of their cultural identity. These features are invaluable to the conservation of nature, habitats or species.

Born of a cultural value, land management practices like swidden agriculture or traditional crop rotation, the continuing discoveries of medicinal plants known and used for generations by the indigenous peoples and local communities, are some widely known examples of how traditional knowledge contributes to modern science, and has helped in broadening the understanding of science, and conservation practices.
At the same time it is important to be clear that not all cultural values necessarily directly facilitate conservation and can cause tension. For example: Species hunting.

At the end what is important to conservation of our environment, habitats and species, and to maintaining the balance in nature for the survival of all species, including our own kind, is that which comes of the synergy between modern science and traditional knowledge.

Characteristics of culture…helped draw a set of 12 cultural themes to encompass the similarities and uniqueness of the cultural contexts of these countries in relation to dugongs and seagrass.

How can we understand better culture in the context of dugong conservation? What was your experience with designing the cultural scoping study for the Dugong and Seagrass Conservation Project?

The Dugong and Seagrass Conservation Project stands as a good example of a project that is incorporating a scoping study on culture in its report in its effort to understand culture better in the context of conservation. The CMS Dugong Catch/By-catch Questionnaire as well as the GEF tracking tools filled in by the sites in the 8 participating countries, indicated the potential for a cultural scoping study that was recognized, and commissioned in the fall of 2017 by the Coordination Team of the Dugong and Seagrass Conservation Project.

To delve specifically on conducting a scoping study on culture, it was important to get a sense of what each participating country felt about a cultural scoping study specific to dugong and seagrass. The response was very encouraging as most of the country representatives believed such a study would offer an opportunity for a more comprehensive and unique learning for conservation. There was also a sense from country representatives wanting to share contextual historical and cultural perspectives in relation to these species.

Such a study would be useful in designing robust communication and outreach programmes, diverse sectoral engagement strategies, and most of all empower communities to protect these rare and iconic species by building a sense of ownership, a sense of respect, and privilege as their custodians.

Characteristics of culture, developed from literature, from and outside the project, as well as talking to the country representatives, helped to draw a set of 12 cultural themes to encompass the similarities as well as uniqueness of the cultural contexts of these countries in relation to dugongs and seagrass. These themes directed the development of a method of conducting the cultural scoping study through gender specific focus group interviews, and oral histories from oldest and specialized members of the communities, in multiple sites of the 6 countries that undertook the survey.

A post-survey questionnaire was also developed for field staff and researchers who through continued interaction with the communities, spending hours over days collecting catch and by-catch data, are exposed to and immersed in the subtle and nuanced practices of the community culture, as well as the wider community challenges. For the cultural scoping study, such a rapport is invaluable as it provides insight into building comprehensive and relevant avenues of engagement with the communities for conservation.

Why is this information useful?

The final report of the cultural scoping study is being developed not just as an exercise to describe the cultural uniqueness and similarities of the participating communities in relation to these species. It hopes also to state the importance of incorporating the cultural context of the sites and countries to enhance dugong and seagrass conservation plans and other broader multi-sectoral developmental policies.

The final report of the cultural scoping study is being developed to describe the cultural uniqueness and similarities, to enhance dugong and seagrass conservation plans and other broader multi-sectoral developmental policies.

Who helped you with this study and what value does each bring?

Laura Ledwith and Trisha Varma as advisors have been important to developing this cultural scoping study and more importantly in their continuous guidance on bringing out the potential of such a study. Laura brings years of experience on indigenous issues particularly from her time with Conservation International and GEF, while Trisha, who has worked with Procter and Gamble, IBM etc., brings the unique perspective on the effective approach of the corporate world in studying culture to understand behaviours to affect change. This is what they had to say about the project:

Evidence from GEF projects indicate that incorporating indigenous peoples and local communities, along with their knowledge and cultural practices, can lead to more sustained and cost-effective ways to protect biodiversity. The added value of this particular cultural study is the opportunity to compare dugong and seagrass knowledge and practices of indigenous peoples and local communities across several regions. The insights from this study can not only help inform conservation planning within each site, but may also allow for new and innovative responses in the future.

In the corporate world, particularly in marketing, we study communities to understand cultures in depth. We study attitudes and behaviours to understand barriers and design custom-made plans on how we approach the communities. I have come to strongly believe that the corporate method of information gathering, planning and promoting has tremendous potential in complementing and contributing to the scientific efforts in the conservation of species. Such a study would be useful in designing robust communication and outreach programmes, diverse sectoral engagement strategies, and most of all empower communities to protect these rare and iconic species by building a sense of ownership, a sense of respect, and privilege as their custodians. 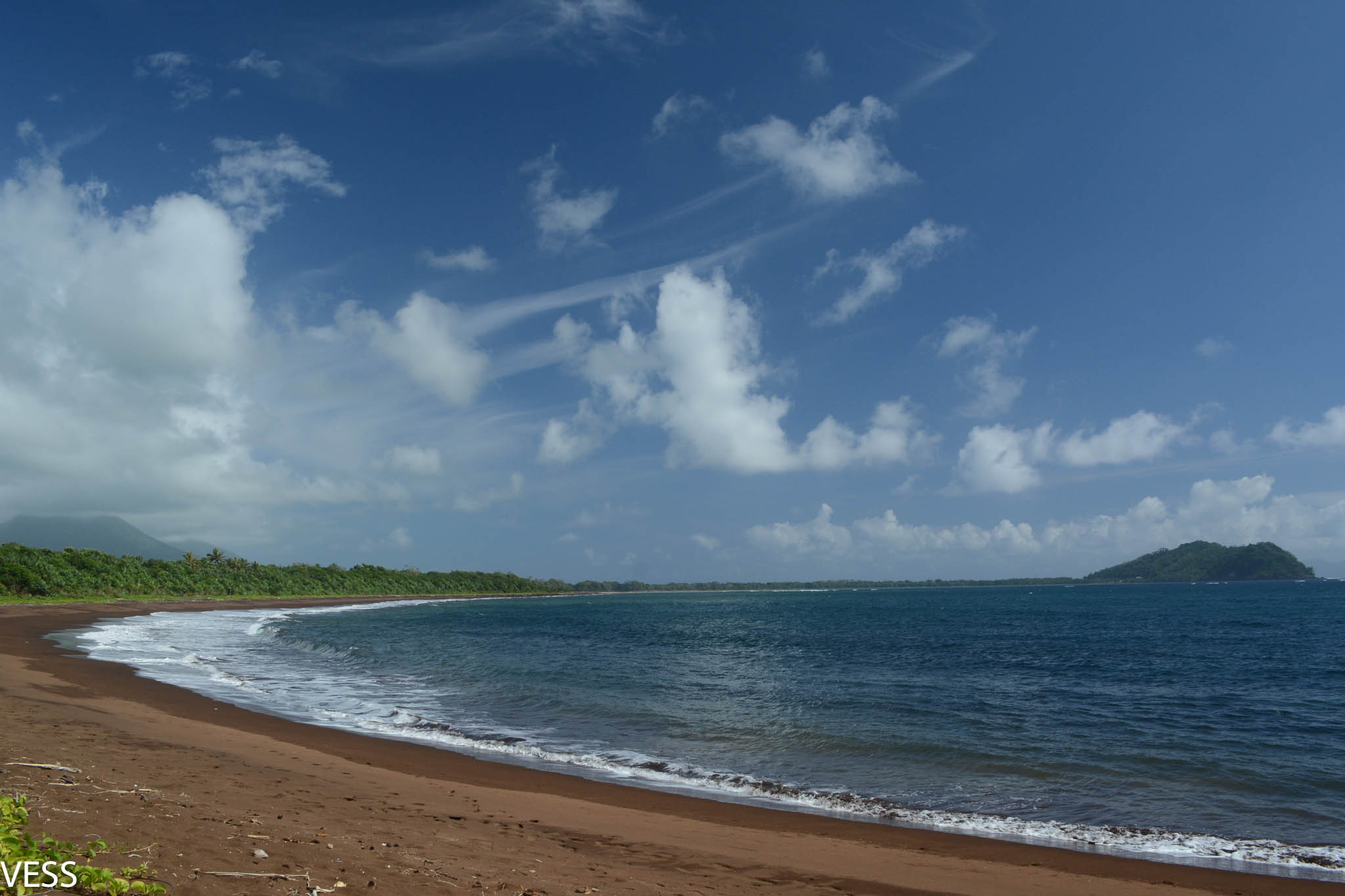