Orientation to the fishers of Bazaruto

As you gaze upon the waters of Bazaruto Archipelago, you wonder about the almost mythical Dugong, referred to by some as the mermaids of the ocean. Once you move beyond this, you may then appreciate the abundance of sea life – schools of fish swimming in the clear waters, tuna fish jumping as they are being predated upon, or predating, dolphins gliding past, an occasional turtle pops up his head surreptitiously, and seabirds follow the life beneath the water with a keen eye. You may also spy the traditional fishers going about their business – standing at their sails looking forward, or rowing in unison towards some distant location. Colourful. A brief wave, and you too, continue on your business. Who are the fishers of Bazaruto? The 36km island of one’s imagination, a biodiversity hotspot, the Galapagos of the Indian Ocean. There are four families on Bazaruto island – which make up a community of roughly 3500 people. The Madivatches, the Motundos, the Nhadaves and the Zivanes. These families originate from the Ndau’s in central Mozmbique and subsequently their language and traditions are not the same as the mainlanders in the adjacent districts of Inhassoro and Vilankulos. The people of Bazaruto sustain themselves primarily through the fishing business, where the main gear in use are seine-nets. As of June 2017, I was informed that there were 72 seine-net owners. The seine-nets are generally of 160-500m in length, with mesh sizes of 0.5-1.5 inches. Other forms of fishing are also partaken in: hand and line, spear fishing and traditional trap nets. All fishermen use traditional dhows as their main form of transport to the fishing sites. There are three artisanal carpenters that build dhows for the fishermen. Some are man powered (row-boats), some wind-powered (sail-boats) and some diesel powered. Most fishing takes place on the landfacing (west) side of the island. Some fishermen hand line on the open ocean side of the island. (See figure) There are the managers (or net-owners), the boat captains, the labourers who row the boats, pull the nets and process the fish (mostly women), and the traders who buy fish from the fishermen, dry or freeze the fish and then sell them forward along the value chain. It is not uncommon for one family to divide these role amongst themselves.

The islanders are facing rapid change. Until the end of the civil war, almost no-one owned a diesel engine dhow. It would take two days to a week to reach the mainland on wind-powered boats. There was no clinic. There were no schools. There were 10 net owners. Today, there are subsidized community transport boats (it now takes four to seven hours to reach the mainland depending where you are). There are two clinics. There are plans to upgrade the central clinic substantially. Pregnant women are now given mosquito nets. There are three schools which teach to grade 7, and one which is the process of expanding to become a high school. There are promises of electricity. There are 72 net owners, grown from what rumours say used to be seven about 20 years ago.

How do the fishers of Bazaruto perceive the state of their world?

In June 2017, we interviewed 18 fishermen between the ages of 21 and 83. The objective of the interviews was to determine the fisher’s perceptions of their fishery, the current management of the fishery, and where they say their lives going in the near future. To draw out ideas of their dreams. To encourage thought about the future. Across the island, fishermen had similar responses. I have put together a short summary of what the general responses were: What makes a Bazaruto fisherman sad? His work failing (not catching fish), his family members sick.

Where does a Bazaruto fishermen see his life heading if nothing changes? He imagines his life worsening, because they are fishing but not catching fish.

If a Bazaruto fisherman started catching more fish, what would he do? Build a cement block house and improve his fishing equipment (fix his net, or buy a motor for his dhow).

What about the state of the fishery today, compared to before (5-10 years in the past)? There are less fish. The seagrass beds are disappearing.

Fishermen gave varied reasons for this: Some didn’t know, some allocated it to changing water temperatures, wind patterns, rain patterns and currents, some raised the point that there are too many fishermen. Specifically after the government funded project called “Seven million” which resulted in an alleged three-fold increase in the number of nets. Such that now one sand bank can be fished three times over in one day, and at times there is no space to move around because there are too many boats fishing. In terms of seagrass – fishermen allocated this either to natural fluctuations or to the fact that there were too many fishermen. And so, what about current management strategies and the potential for other management strategies? Over recent years, measures have been introduced to decrease effort. On a Sunday, it has been agreed that nobody will fish. Some communities on the island have also agreed not to fish (net) during neap tides, and only fish during spring tides. At the district level, the net fishery is closed between two to three months a year, either in February or in June. There are supposed regulations with regards to mesh sizes, but these are not unanimously agreed upon.

Do you think there is a way to improve this? Most fishermen said that the way it is, is good. There was some deliberation about the dates of the fishing closure. Some said that they admit there are too many nets and there should be a limit to the number of net owners. But the problem here was that “we (the fisherman in question) could decide that, alright, enough nets already, meanwhile another fishermen is sitting at home preparing to buy a net. I do not want to destroy his dream.” It was suggested that what would help, is that if there was a project that employed us, and paid us with either money or food, we would divide up the work and send some of us to work for this project. At least then, we would be able to resist the fishery closure better and also, if one of us went fishing and didn’t get fish, at least there is another source of income or food coming in.

Fishing is not a stable job. The price that a fisherman can get for his catch depends on a number of factors. It will fluctuate with the value of the currency. It will fluctuate depending on how much fish is being landed on the mainland and at the major ports of Beira and Maputo. It depends on how much the consumers are willing to pay. And it is dependent on how desperate the fisher is to sell his fish.

An example given went so: “Our fishing camps are very dispersed. Each fisherman fights for himself. The prices are not set. If you get one fishermen that wants to drink and the buyer comes along, he will sell his fish for 20 Meticais. When I am here, further down the beach at my camp – I do not want to drink, but I have a family to support. I want to sell my fish for 60 Meticais. But I can’t because the buyer already knows that he can pay 20 MZN for his fish from the fisherman that wants to drink”

Another comment of suspicion: “In Maputo, fish is very expensive. Here, fish is very cheap. But the fish that is sold in Maputo comes from here.” Another comment: “Here in Bazaruto, we have no electricity. We salt and dry our fish. As soon as we do this, the fish lose value. But it is difficult to get ice. We have to buy it on the mainland, transport it across the bay and then it only lasts a few days here.”

Monitoring of the fishery

On asking about the utility of a tool to self-monitor ones catch, most fishermen were supportive. The feelings were that if the fishers could definitively determine in which months they were catching the most fish and making the most money, compared with months when they were catching small fish, not even big enough to dry or eat, yet alone sell, they could better define their closed seasons. Another comment “If we don’t monitor our business, which is fishing, then it is not a business-a tool like this would help us.”

The issues of climate change, sustainable fishing, fair access to markets, transparent data collection and good governance are pertinent questions pertaining to small-scale fisheries globally. The FAO collated the Voluntary Guidelines to Sustainable Small-Scale Fisheries which provides a framework within which governments and fishers can work from. The use of ICTs in small-scale fisheries has gained traction in small-scale fishing communities around the world with the development of technologies such as OurFish, Abalobi and ODK. In the Bazaruto setting, EWT has been working alongside fishers to trial the use of such technology following the obvious need for increasing the capacity of and improving fishery management structures on the islands. If one looks at the general fishers perceptions of the state of the fishery, one can start to understand the gravity of the situation. With decreasing fish resources, topped up with climate change predictions of increased intensity and frequency of storms, the livelihoods and food security of the fishers becomes jeopardized. And when such basic factors are unresolved, it is nigh impossible to sustainably meet the conservation objectives of Bazaruto Archipelago.

On Bazaruto, the fishery is a key piece, but only part of the puzzle. With Bazaruto being a National Park, one of the last strongholds of Dugongs in East Africa and a prime sport fishing and tourist destination, managing the stakeholders is complex.
The challenge is to find a common language and unite all stakeholders towards a common goal, balancing the conservation objectives of a National Park, income generation and tourism objectives of the 5-star lodges and the everyday objectives of the householders, the fishermen living on the islands.

This Project is executed by the Mohamed bin Zayed Species Conservation Fund, with financing from the GEF, implementation support by UNEP and technical support from the CMS Dugong MoU Secretariat. Further support for this project is provided by the Elizabeth Wakeman Henderson Charitable Foundation. 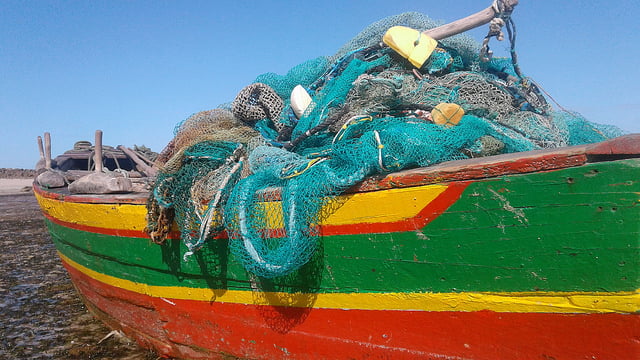