Development of community-based activities to improve local engagement in marine management in the Bazaruto archipelago (MZ1).

This project aims to develop incentives to engage local communities in environmental management through alternative livelihood schemes and the provision of access to unmet reproductive health needs in order to reduce threats to dugongs in...

The distribution of dugongs in the coastal waters of Mozambique (MZ2).

This project seeks to determine the presence and/or absence of dugongs and their relative numbers in areas surrounding the Bazaruto Archipelago, and to assess the extent and diversity of seagrass beds in these areas. MZ2...

Developing an education and awareness campaign to conserve dugongs in the Bazaruto Archipelago and Mozambique (MZ3).

This project aims to raise awareness of the importance of dugongs and seagrass to the biodiversity of the western Indian Ocean and Mozambique, specifically highlighting dugongs’ role in the spread, dynamics, diversity and survivability of...

This project seeks to effectively contribute towards the improvement of the conservation status of dugongs in and around the Bazaruto archipelago by mitigating human-induced threats and applying a long-term approach to responsible fisheries. MZ4 will...

Participatory research of additional methods to reduce the impact of the beach seine fisheries on seagrass beds at Vilanculos and Inhassoro (MZ5).

This project aims to identify current gaps in the management of the beach seine fishery that lead to over-exploitation of the resource and seagrass habitats, and to identify through participatory discussions additional measures that may...

MZ6 seeks to build an informed and effective National Facilitating Committee (NFC) to provide country-level oversight of Project activities in order to ensure that dugong and seagrass conservation considerations are integrated within relevant national-level environmental...

Mozambique hosts the largest East Africa Dugong Population, estimated at 300 individuals. A survey in 1969 relying on the reports of local fishers concluded that dugongs were relatively common along the country’s coast. However, dugongs are now only rarely sighted. Aerial surveys conducted in the mid- to late-1990s suggested around 130 dugongs inhabited Bazaruto Bay, but that the dugong population was declining rapidly throughout Mozambique waters. A Later aerial census of Bazaruto National Park conducted in 2001 reported only thirteen individuals in nine sightings.

The total extent of seagrass areas in Mozambique’s waters is unknown. While there is an improving level of data on the extent of seagrass cover, few studies consider growth rate or the impact of beach seine fisheries on the seagrasses, and systematic studies of the long-term dynamics of seagrass habitats and the valuation of ecosystem services are lacking. Possible additional seagrass habitats yet to be surveyed include the waters near Mongicual, Moma, Maganja da Costa, Quelimane, Chinde and Chidenguele.

Both targeted and by-caught dugongs have traditionally been sold and eaten in Mozambique. Fishers do not openly admit to catching dugongs, but their meat is prized and there are reports that it is illegally sold in restaurants disguised as pork.

Dugongs face a number of threats in Mozambique, not least the lack of data concerning their numbers and distribution. A large gap in information on dugongs and seagrasses exists for the Primeiras and Segundas Archipelago, Inhambane Bay, Bartolomeu Dias, the Quirimba Archipelago and Pemba Bay, and there is little information on feeding habitats and preferred seagrass species. Only weak and unreliable information exists on the biology, overall population structure and genetic diversity of the dugong population in Mozambique.

Dugongs face the threats of deliberate hunting and by-catch in gill net and beach seine fisheries, as well as acoustic and boat traffic disturbance from coastal development. Their habitats are threatened by pollution as well as siltation and sedimentation caused by river erosion.

The Dugong and Seagrass Conservation Project in Mozambique comprises six sub-projects. Both MZ1 and MZ4 will develop and introduce incentives for local communities to abandon the use of detrimental fishing practices, while in the Bartolomeu Dias Point area, Inhassoro, a community-based management committee will be established (MZ1) and local people will be trained in dugong and seagrass monitoring techniques as well as participative monitoring and surveillance for effective management. An Environmental Education and Awareness programme will also be provided and a viable alternative livelihoods scheme piloted amongst local communities.

In the Bazaruto Archipelago area, a Dugong Protection Forum will be established and operated to build capacity and coach local authorities, operators and community fishing associations to undertake sustainable long-term dugong protection (MZ4).

Also in the Bazaruto Archipelago, MZ2 will gather data on dugong distribution in order to reduce existing knowledge gaps, while MZ3 will deliver a public awareness, education and social marketing campaign which will appoint community monitors to gather fisheries catch and bycatch information.

At Vilanculos and Inhassoro, at least three participatory workshops will be undertaken with Community Fisheries Committees to discuss management gaps, identify and rank socially acceptable additional management measures and agree these with fishers (MZ5).

MZ6 will establish a National Facilitating Committee to coordinate the work of the other sub-projects and train committee members and key government stakeholders on the importance of sustainable management of seagrass ecosystems (MZ6). 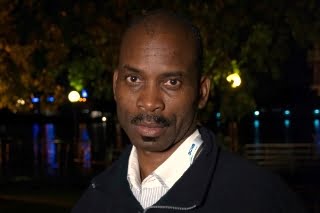 Here is the October 2018 newsletter from our Project Partners in Mozambique. We hope you enjoy... Download Portuguese...

The information below is a reproduction of the original newsletter from our project partners in Mozambique.