The Solomon Islands comprise an archipelago of six main islands and several hundred smaller islands in the southwest Pacific Ocean. Eighty-nine Marine Protected Areas account for 402 km2 of its waters representing only a small fraction of its total marine territory of more than 1.3m km2. The national economy relies on natural resources via farming and fisheries, with 85% of people being heavily dependent on these resources for food, income and livelihood.

The use of seagrass habitat ecosystems are important to the livelihoods of local communities. The shallow, near-shore habitat requirements of dugongs and their slow rate of reproduction render them particularly vulnerable to human activities. Anecdotal...

SB3 aims to overcome existing knowledge barriers concerning the distribution, status and ecology of seagrass ecosystems in Lau Lagoon, Malaita Province, Solomon Islands. The project will address the problem of habitat degradation and the lack...

Towards better management and protection of dugongs and seagrass habitats in the Solomon Islands (SB4).

The primary objective of this project is to improve the management of community-administered marine areas through information gathering, awareness raising and integration of dugong and seagrass safeguards into management plans. It also aims to facilitate...

Strengthening provincial and national capacity for project implementation in the Solomon Islands (SB5).

SB5 will strengthen national and provincial capacities for Project implementation in the Solomon Islands by establishing a National Facilitating Committee (NFC) to support the government in ensuring a coordinated approach to implementing measures to conserve...

SB6 will work with local communities in Vonavona Lagoon in the Western Province of Solomon Islands to build awareness of local threats to dugongs and seagrass ecosystems, with a view to facilitating the establishment of...

The seagrass habitat surrounding Ghizo island in the Solomon Islands faces a major threat posed by the disposal of thousands of empty aluminium cans, mainly from Gizo, the capital of the Western Province. These discarded...

There is no current information available on the status of dugong populations and little information on the distribution and abundance of dugongs, their movement between the islands and extent of suitable seagrass habitat.

Information on the dugong population in the Solomon Islands is largely based on two assessments consisting of interviews with local coastal communities conducted in 2009 and 2010. There is limited information regarding the levels of direct take.
In the 2009 survey of six provinces, the highest number of dugong sightings occurred in north-east Choiseul, Honiara bay, northern Malaita, and Marovo Lagoon and the Samasodu coast of Isabel Province and Western Province.

Extensive seagrass surveys were conducted in 2006 and identified ten species and 10,000 ha of seagrass beds, including a 1,000+ ha meadow in Malaita Province.

Long term seagrass monitoring continues at select sites. Malaita province was identified as containing 54% of all the Solomon Islands’ seagrass meadows and, along with Isabel Province, has reported a large number of dugong sightings.

As a result of logging activities in some areas of the Solomon Islands high sedimentation and increased turbidity in coastal waters pose major threats to seagrasses.

Dugong meat is highly prized in parts of the Solomon Islands. Hence, whilst intensive dugong hunting does not occur in the area, past surveys suggest that fishers will opportunistically kill dugongs either for food or commercial gain. Reports suggest that of 56 dugongs caught in nets (intentionally or incidentally) between 2005 and 2010, all but one were killed to eat or sell.

Whilst local hunting for dugongs continues to supply meat for feasts, cultural events and festivals, in some areas dugongs are revered as tribal totems and are therefore not consumed.

There is limited awareness in the Solomon Islands of the ecological importance of seagrass and dugongs. Dugongs are threatened by direct hunting and incidental by-catch, whilst marine pollution from land based activities including logging and coastal development affect seagrass health. It is thought that shipping lanes may also cause accidental dugong deaths. It is feared that the present focus on increasing development in the fisheries sector may result in the side-lining of conservation and management efforts.

Current conservation initiatives are conducted under Community-Based Resource Management (CBRM) efforts, whilst the Solomon Islands Coral Triangle Initiative National Plan of Action (NPoA) encourages a people-centred integrated resource management approach to improve food security, adaptive capacity (in the face of climate change and other pressures), and the conservation of threatened species and habitats.

The GEF Dugong and Seagrass Conservation Project in the Solomon Islands will be conducted in three provinces – Western Province (four islands), Temotu Province (one island) and Malaita Province – and comprises five components.

The primary objectives of SB2 and SB4 are to increase awareness of the importance of dugong and seagrass conservation and to improve the management of community-administered marine areas by integrating dugong and seagrass safeguards into management plans. SB4 also aims to facilitate a better understanding of the status and distribution of dugongs to ensure that communities are better equipped and informed to manage resources and improve livelihoods, focusing on Marovo Lagoon, Kolombangara Island and Tetepare Island in the Western Province; and Vanikoro, Temotu Province.

Finally, SB1 and SB5 will strengthen national and provincial capacities for conservation activities and assist Project implementation in the Solomon Islands by establishing a National Facilitating Committee (NFC) to coordinate the activities of the Project partners and liaise with government. 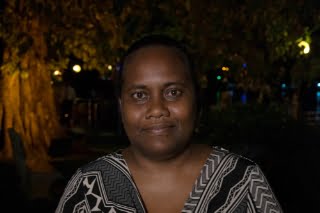 The Project Coordination Team was invited by one of the grant recipient of the MbZ Fund to give...

Talent show with prizes raises money and awareness for aluminium can...

Our partners in the Solomon Islands are organizing a charity concert to help promote and fund raise for...

Poster raises awareness for aluminium can recycling programme in the Solomon...

Our partners in the Solomon Islands created an awareness poster that will be displayed at key public locations...