Indonesia has 145 Marine Conservation Areas (MCAs), totalling 164,511 km2, comprising 42 nationally managed and 103 locally managed areas. The Indonesian archipelago is an important focal area for seagrass and dugong distribution owing to its position as a conduit between the major basins of the Indian and Pacific Oceans.

Very limited scientific information is available on the abundance, distribution and behaviour of dugongs in Indonesian waters, but they have been observed throughout Indonesia, including in the coastal waters of Sumatra, Java, Kalimantan, Sulawesi, Bali, Nusa Tenggara Timur (NTT), Maluku and Papua Barat. The GEF Dugong and Seagrass Conservation Project in Indonesia will be based in the Bintan, Alor, Maluku Tenggara and Kotawaringin Barat districts and will focus both on supporting the enforcement of existing national legislation, raising awareness among communities of the threats to dugongs and their seagrass habitat and providing incentives to local communities for dugong and seagrass conservation.

Strengthening and operationalizing a national policy strategy and action plan for dugong and seagrass conservation (ID1).

ID1 seeks to tackle policy barriers to dugong and seagrass conservation in Indonesia, and specifically those that apply to the enforcement of existing national legislation, namely the lack of a national strategy and action plan...

Improving national awareness and research of dugong and seagrass in Indonesia (ID2).

Community based conservation and management of dugong and seagrass habitat in Bintan, Alor, Tolitoli and Kotawaringin Barat, Indonesia (ID3)

Research and anecdotal information from communities confirm that the dugong population in Indonesia is declining. Incidental catch (bycatch) and stranding in fishing gear (gill nets), as well as direct hunting are the main reasons for...

The objective of ID4 is to assist in establishing alternative livelihoods for coastal communities adjacent to dugong hotspot areas, with a view to reducing the threats to seagrass habitats in Teluk Bogam, Central Kalimantan. The...

The size of the dugong population in Indonesia remains unknown. Estimates in the 1970s and in 1994 respectively suggested that the Indonesian dugong population comprised 10,000 and 1,000 individuals; however, these figures are considered little more than guesses, and very little scientific data is available on dugong distribution and abundance in Indonesian waters. Aerial surveys have been conducted in parts of Indonesia, especially the Rajah Ampat Islands and the Lease Islands, but most information on dugong numbers is based on anecdotal records.

Indonesia has a high biodiversity of seagrasses, but there is no complete distribution map of seagrass species across Indonesia, and only limited information exists on the disappearance of seagrass meadows in the region.

In some areas of Indonesia dugongs are believed to represent reincarnated women and are revered and protected; however, in others their teeth, tusks, teats and tears (extracted from their tear ducts) are considered to have magical properties – largely as aphrodisiacs – and they are hunted for this purpose. Stranded or incidentally caught dugongs are reportedly unlikely to be released alive owing to the value of these body parts.

Some Indonesian peoples consume dugong meat, while in various areas their tusks are used to make religious artefacts, pipes or tool handles, and in some locations indigenous peoples use dugong bones as a medicament to treat diabetes and high blood pressure.

Dugongs face a variety of threats in Indonesian waters including those posed by: incidental by-catch; destructive fishing practices; hunting; and boat strikes. Furthermore, their seagrass habitats are threatened by general degradation, coastal development, river run-off/siltation and pollution. Blast and sodium cyanide fishing, both of which are illegal, remain fairly common fishing techniques in Indonesia and are major contributors to coral reef degradation in a number of areas. Dugongs face a major threat from the use of gill-nets to catch sharks in Indonesian waters. Shark netting has reportedly increased in recent years in some areas. Large tidal fish traps, known as belat or sero, also pose a threat to dugongs through incidental catches.

Dugongs are protected by national legislation in Indonesia, and a National Conservation Strategy and Action Plan specifically for dugongs was introduced in 2009. However, regulatory enforcement is limited, owing to a lack of resources and personnel.

ID2 seeks to enhance community awareness of dugong and seagrass conservation and management, improve the capacity of dugong and seagrass research and monitoring, and provide scientific information to support related conservation and management activities. In particular, ID2 will seek to promote national awareness of the threats posed to dugongs and their habitats by destructive fishing equipment, stranding, habitat destruction, pollution and coastal development.

ID3 is still under development. When finalised ID3 will work toward incentivising local communities to protect dugongs and work to change the community’s current practices to more environmentally-friendly ones that ensure the survival of dugong. 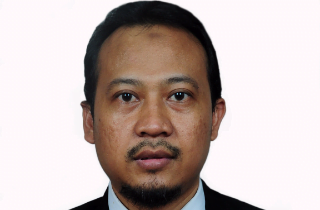 List of 23 Reports Submitted by Indonesia Project Three (ID3) in...

Report_Bioecology and Behaviour of Dugong as Recommendation for Responsible Dugong Tourism Report_Community Based Surveillance & Monitoring...

Indonesia continues to create targeted communication materials aimed at ensuring the conservation of dugong and seagrass across the...

List of and Links to Reports submitted by Indonesia Project Two...

Our project partners in Indonesia (ID2) continue to submit interesting reports about the dugong and seagrass conservation efforts...