Raising awareness and respect for dugongs and their seagrass habitat in Sri Lanka (LK1).

The pressure on dugongs and their seagrass habitat in the Gulf of Mannar and Palk Bay is driven by the high dependence of local communities on marine resources to sustain their livelihoods, the absence of alternatives to diversify sources of income, and the lack of the requisite knowledge and financial resources to establish more environmentally-friendly fishing practices.

It is believed that destructive fishery practices, targeted hunting of dugongs and incidental by-catch in the Gulf of Mannar and Palk Bay can all be reduced by generating awareness of the importance of the species to seagrass beds and the consequent negative effects of population reduction for fish abundance and associated livelihoods.

LK1 works with local communities in north-west Sri Lanka and applies an adaptive communications approach to providing relevant education on the importance of dugongs and their habitat.

The project seeks to combat negative fishing practices including the use of dynamite and other illegal equipment, as well as the direct hunting of dugongs. To this end LK1 will involve a pre-knowledge/awareness assessment based on one-on-one interviews and questionnaire sampling of local communities, as well as quizzes to gauge local children’s knowledge of dugongs and their habitat.

Key communities and regions will be identified for targeted awareness campaigns, mostly focusing on littoral fishing folk and school children. These activities will employ language-relevant, culturally appropriate material including a documentary, puppet show/stage play, and a children’s colouring book in the local languages, Tamil and Sinhala.

The success of the project will be assessed through a knowledge, attitudes and practices (KAP) survey of dugong stranding, take and bycatch. 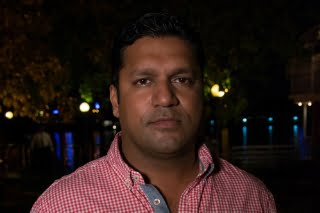 This week the Sunday Times, a newspaper in Sri Lanka, featured an article about the impact...