In search of dugongs and important seagrass habitat in northwest Madagascar

The WCS community survey team recently conducted community interview surveys in fishing villages in the northern part of the study area in NW Madagascar, from Nosy Mitsio and mainland areas in the north to Nosy Iranja and mainland areas in the south, in order to determine dugong distribution and interactions with fisheries in the region. A total of 42 villages were visited and 92 interviews conducted using the standard UNEP-CMS dugong questionnaire and protocol. The preliminary results suggested that there were limited areas where dugongs could still be found, which were mainly in large seagrass meadows inland of Nosy Be and in Ambaro bay, north of Nosy Faly. The results from the surveys, along with the seagrass mapping, helped to guide the final decision about placement of the acoustic recorders in the northern section. 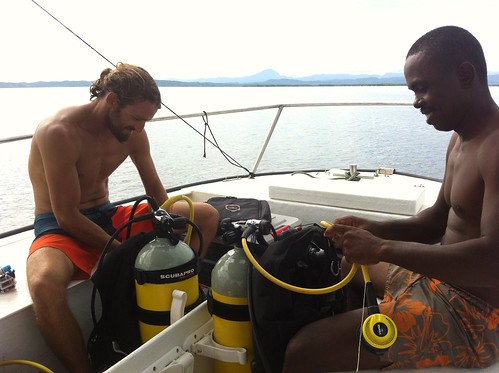 The acoustic recorder deployment team has just returned from the successfully deployment of six recorders in the northern section of the study area. Three recorders were deployed in Ambaro bay and three deployed in the large seagrass patches identified inland of Nosy Be. These loggers will record continuously for 3 months before they will be retrieved, data downloaded, batteries replaced and then re-deployed in the same location. The recorders will remain the same location, providing all recordings are without issues, for a year before they are moved to the southern section of the study area.

This news article relates to the project entitled Generating knowledge on dugongs, their critical habitats and threat reduction measures in North-west Madagascar (MG6).. Click below to learn more about this project.