Dugongs and Seagrass in the Solomon Islands 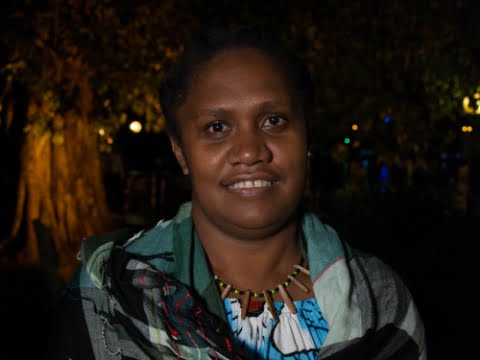 What do local communities think about dugongs?
Dugongs are something of an unknown to some communities in the Western Province (of the Solomon Islands). Although folks know what a dugong is and where it can be found, they know very little with regard to its biology and ecological importance. Most individuals have never seen a live dugong. Dugongs are often known by divers and fishermen in some communities near areas where dugongs are sighted.

Dugongs are something of an unknown to some communities in the Western Province (of the Solomon Islands).

How are dugongs regarded by local communities the Solomon Islands?
Dugongs are viewed as a prized meal in some communities and have been killed and eaten as part of tribal gatherings in the past. It appears that this practice was more prevalent more than 30 years ago. In one community there is a renowned dugong and turtle hunter who knows when and where to harvest these species. However, this person is quite old now and has stopped hunting dugongs and turtles. He does not appear to have a successor, just yet. There are also accounts of dugongs hunted for its meat which is served during certain social ceremonies. Dugongs are also thought to be able to attack humans both on and in the water. This might be related to incidences taking place during specific periods of the year (See below).

Dugongs are viewed as a prized meal in some communities and have been killed and eaten as part of tribal gatherings in the past.

Any interesting tales or myths about dugongs and/or seagrasses in the Solomon Islands?
At certain times of the year dugongs are said to be particularly active within coastal waterways. During these times, dugong are said to target paddle canoes by bumping into them and causing canoes to capsize. It is possible that an increase in dugong activity during such periods maybe linked to breeding behavior. The dugong is also held in high regard by some rural communities, though.

It is said that when there is a heavy thunder storm a dugong has just died. However, it is not clear why there is a link between thunderstorms and dugongs dying.

What is the attitude towards seagrass ecosystems? Respect? Disregard? Ambivalence?
Community members are aware of the benefits they derive from healthy seagrass habitats through the harvest of fish and invertebrates. In places where there is not extensive seagrass habitats there tends to be less appreciation of these habitats. In some areas, extensive upland logging has increased sedimentation levels within lagoonal systems of the Western Province and this has had a negative effect on seagrass ecosystem, especially in areas with poor water circulation. This kind of activity is generally beyond the control of coastal communities who are left to adjust their harvesting practices.

What must we do to encourage a positive behavioural change of communities about dugongs? seagrass?

A great deal of effort needs to be directed towards educating community members about the importance of protecting seagrass ecosystems and relating this to sustainable harvesting practices i.e. food security.

An important part of this awareness will be targeting schools as part of marine educational outreach sessions. Already Solomon Islands Community Conservation Partnership (SICCP) is beginning to see a greater sense of appreciation from the community through the awareness sessions carried out in the Western Province. At recent community talks, there was a lot of interest expressed in knowing more about the dugong and its ecology.

Already SICCP is beginning to see a greater sense of appreciation from the community through the awareness sessions carried out in the Western Province.

Have you seen a dugong?
Dugongs are not a common sight in the Western Province; however, dugongs can often be seen in certain areas. Alec every so often sees dugongs inside lagoonal areas when travelling by boat between Ghizo and Munda (Western Province). However, Alec Hugh’s, SICCP’s Marine Conservation Coordinator, first underwater encounter with a dugong took place 7 years ago while he was conducting underwater fish surveys within a Locally Managed Marine Area (LMMA) in Ghizo. “I was about 30 min into the dive and was coming around a bend in the coral reef when a dark figure suddenly glided passed my left side startling me. For a split second I thought it was a seal! I then realized it was a female dugong. She had come in to check me out then must have quickly decided I didn’t have the right credentials and took off.” This dugong was a regular within the LMMA at Ghizo. A recent sighting of a Dugong by Corzzierrah ocurred during a scoping trip to a seagrass site in the Marovo Lagoon, Western Province. “The dugong was probably 10 meters in front of the boat when it popped up above the surface of the water before gently submerging.”

“I was about 30 min into the dive and was coming around a bend in the coral reef when a dark figure suddenly glided passed my left side startling me.

Are there any locally made artistic items by artists/communities illustrating dugongs in the Solomon Islands?
There is none that we are aware of at the moment. But a local artist in Munda (Western Province) has shown interest in developing some Dugong artwork. Also, SICCP is currently assessing as part of its dugong and seagrass awareness activity to generate an art competition in Honiara City towards the end of this year or early next year.